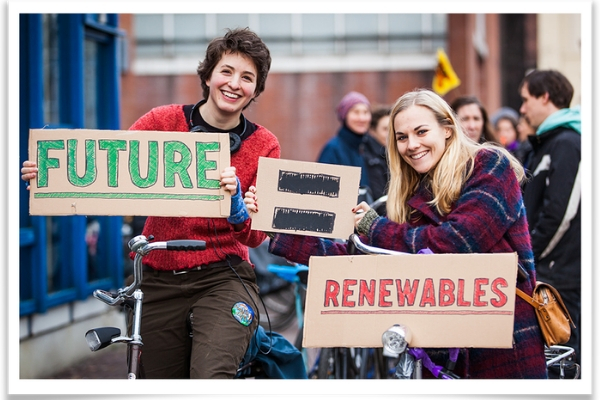 The federal election will be held on May 18.  With climate change already bearing down on us, a recent decision by the government of Scott Morrison to sign off on Commonwealth approvals for the Adani Carmichael coal mine, and a robust debate about energy and renewables, there is no doubt that this will be the #climateelection. 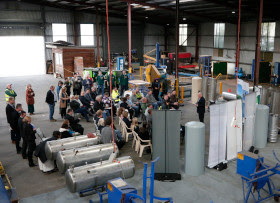 The time for coal is over. We need to transform our economy. We need to take everyone with us – this means supporting sectors and communities which will be on the frontline of structural change.

Sun May 5th: Hands Across the Sand at Brighton Jetty

Hands Across the Sand & Paddle out to #fightforthebight

Whether it be land or in the water, this May it’s time to show you are willing to do what it takes to protect the Great Australian Bight from risky deep sea oil drilling.

Surfrider Foundation Australia are championing paddle outs across the country for the #fightforthebight and the Adelaide event is being combined with Hands Across the Sand.

Last year over 20 communities across Australia held Hands Across the Sand events. So far this year thousands if people have paddled out from beaches across the country. People like are putting their bodies into the first against proposed oil drilling in the Great Australian Bight.

May 5th will be just days before Norwegian mining company, Equinor’s, AGM, as well as our own Federal Election. It’s a perfect time to show just how powerful the community opposition to this project is.

The strength of the Great Australian Bight Alliance is growing. Will you be part of this incredible movement to protect our coast? .

Now is the time to have your voice heard.

On the 3rd of May, there are School Strikes being organised at 5 different MP Offices
for the School Strike 4 Climate National Day of Action.

This is only 2 weeks before the Federal election – the #ClimateElection.

We are running out of time and the next government is amongst the LAST to be in a position to take meaningful action on climate change.

May the 3rd is a key opportunity for students to show their local MP just how important climate action is to them and ask them to commit to Stopping Adani, 100% Renewables by 2030 and no new fossil fuels (which means No Drilling in the Bight!). We cannot vote, but climate change in the single biggest threat to our futures and we must make our voices heard!

All the strikes start at 11am. Bring your family, friends, teachers and everyone in between.

The Hague – Friends of the Earth Netherlands will deliver a court summons to Shell to legally compel the company to cease its destruction of the climate, on behalf of more than 30,000 people from 70 countries.

A 236 page complaint will be delivered to Shell’s International Headquarters in the Hague this afternoon by Friends of the Earth Netherlands, ActionAid NL, Both ENDS, Fossielvrij NL, Greenpeace NL, Young Friends of the Earth NL, Waddenvereniging and a group of 500 co-plaintiffs.
Shell’s oil and gas reserves in Australia contain some 1,000,000,000 ton of CO2. This court case could substantially impact on Shell’s operations in Australia by requiring them to limit carbon emissions from their polluting business in line with global carbon targets, leading to stranded assets.

Ian Dunlop, former executive at Royal Dutch Shell and chair of the Australian Coal Association (1987-88) has joined the case as an honorary co-plaintiff said ?“I strongly support the Friends of the Earth Netherlands/ Milieudefensie legal summons against Shell. After three decades of inaction, climate change has entered the end-game where it is now an immediate existential threat to humanity. There is no further place for the predatory delay which fossil fuel companies like Shell remain guilty of today. Fossil fuel expansion must stop, and existing carbon emissions rapidly reduced.”… Read more >>

This weekend Labor is holding their National Conference in Adelaide.

While Labor have been making the right noises over renewables, the Leader of the Opposition has been relatively quiet about Adani coal and fossil fuels in general.

Groups concerned about the proposed nuclear dump in SA, the continued government support for fossil fuels and oil exploration in the Bight want to show the ALP that they need to adopt sensible policies if they want our support.

South Australians are putting climate change on the agenda.

Join the rally outside the ALP National Conference at the Adelaide Convention Centre from 1-2pm on Sunday 16 December.

This Conference is where the ALP will commit to the policies they’ll take to the Federal Election next year.

Join Friends (of the Earth) for a fossil fuel free future! Come along this Sunday to the Convention Centre on North Tce

2pm – Carols Against Coal (more info and livestream on Facebook)