Sometimes you hear someone speak and it can change your view on the world.

350 founder Bill McKibben is one of those people.

He is a compelling speaker â€“ someone who has changed peopleâ€™s minds about climate change.

Thatâ€™s why weâ€™re so excited about bringing Bill to Australia for the Accelerate Climate Action tour. Because at each of our event locations across the country, people will get empowered to take climate action, and have the chance to hear from local climate activists in their area.

Have you booked your tickets? 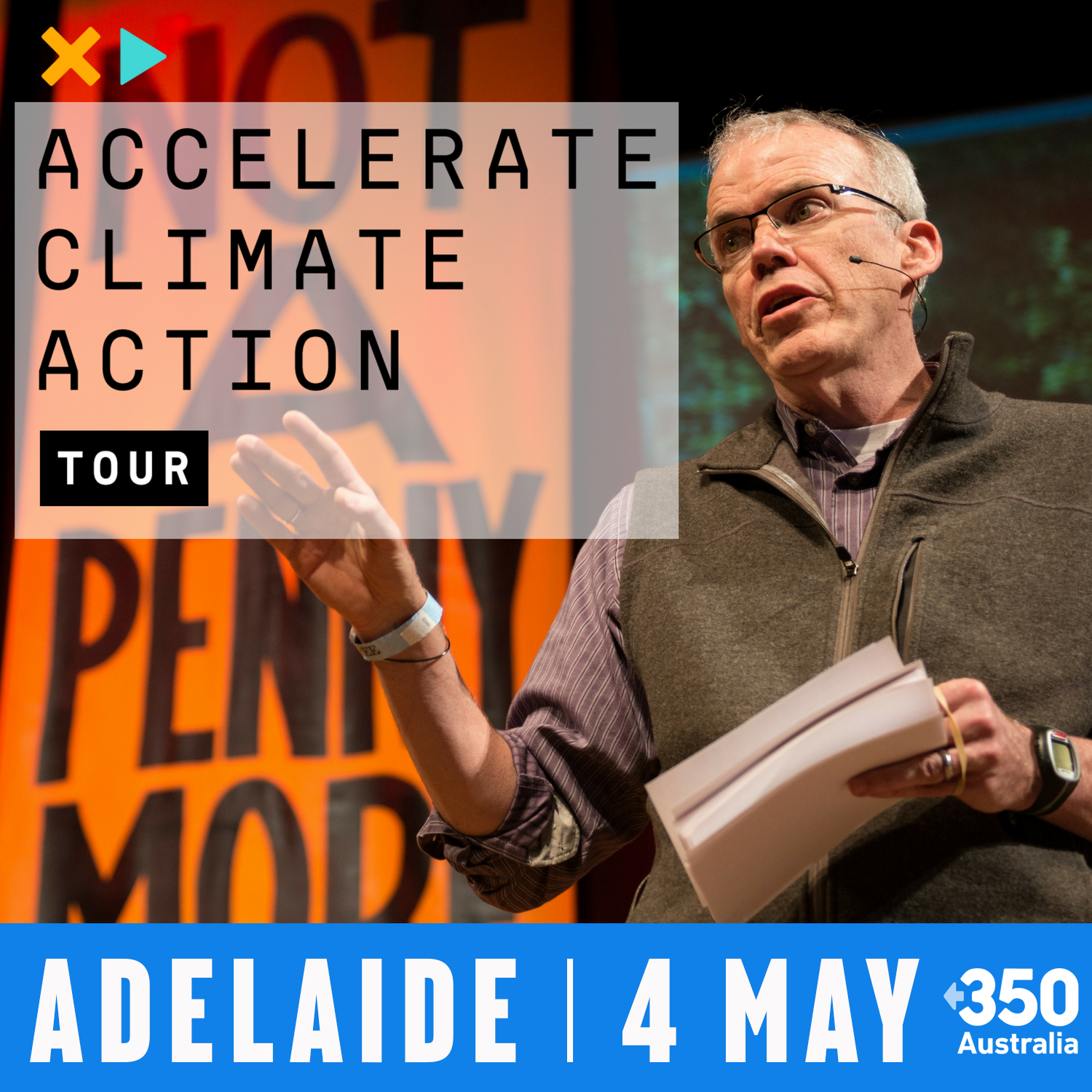 350â€™s Jackson was inspired by Bill McKibben to get into climate activism. â€œHe showed me that our governments weren’t going to handle this,â€ Jackson says. â€œAnd that it was up to people like us to step up, and stop the fossil fuels industry burning the planet up.â€

Another testimonial comes from 350â€™s Joce. â€œI loved how he made the Maths so simple,â€ she says. â€œI could scribble it straight into my notebook and then re-read it to friends for months after. The simplicity of the numbers was just overwhelming.â€

Alongside Bill in Adelaide, you will also hear from founding member of Coloured Stone, Bunna Lawrie; Repower Port Augustaâ€™s Lisa Lumsden; and Peter Owen, Director of the Wilderness Society in South Australia.

Are you ready to accelerate on climate action?

Book now to hear from a world renowned climate activist, people taking action on the ground in your area, and join with us in fighting for a safe climate future.

We hope to see you there,

Glen, for the 350 Australia team

PS. Once youâ€™ve booked to join us on the Accelerate Climate Action tour, make sure you invite your friends and family on Facebook. Help us make this Fossil Free event massive!